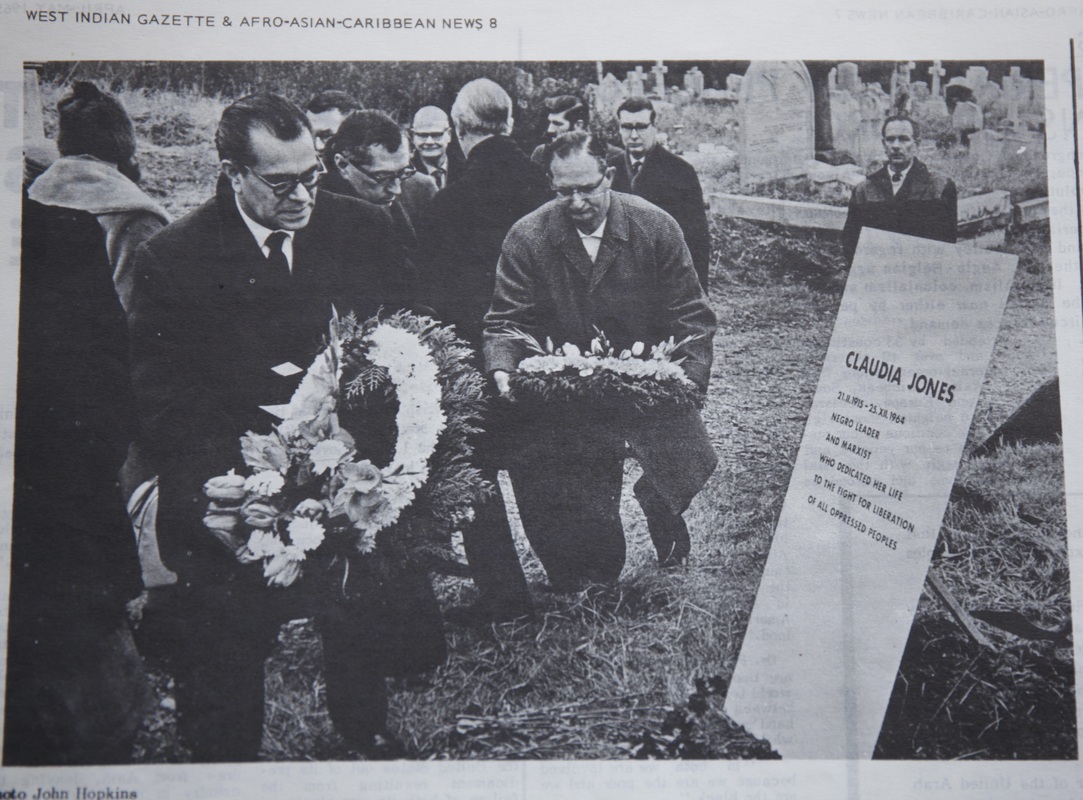 Manu's speech at the graveside, as it appeared in the West Indian Gazette, with the bold headline:
DEAR CLAUDIA! WE SHALL HOLD HIGH YOUR BANNER OF ANTI-IMPERIALISM

[The following is the speech of Mr A. Manchanda, Managing Editor of the West Indian Gazette & Afro-Asian Caribbean News at the funeral of the great, departed Negro leader, Claudia Jones, Editor of this Revolutionary paper, on Saturday, January 9th, 1965, at the Golders Green Crematorium, London. Mr Manchanda, the closest friend and colleague of Miss Jones will carry on as Editor of the paper with its same militant policy].

“Fellow mourners, comrades and friends. Today we meet here with a heavy heart to pay our last respects to our dear comrade Claudia Jones and bid her goodbye.
“This jewel of a woman, daughter of the long-suffering Negro people, brought glory to her race, to the Island of her birth, Trinidad, to the ancient continent of her forefathers – Africa, and indeed, to the whole human race.
“Out of the 48 years of her life, more than 31 years she spent in the fight against the barbaric imperialist system of oppression, exploitation, of colonial plunder and genocide – of racial discrimination, of dividing man from man.
“As a young girl, when Claudia migrated to the United States of America with her parents, she was deeply moved by the torture of her people, the lynching and mob violence and the day to day indignities inflicted against the Negro people by the hypocritical monsters who have the cheek to parade before the world as ‘democrats’, who prate about the so-called ‘free world.’
“At confessions with her Roman Catholic priest, Claudia used to ask, why did her people have to bear such humiliations and sufferings? The priest would reply that it was God’s will and that she should pray to the Lord. This did not satisfy her. She felt that people must resist this bestial oppression, they must organise themselves; they must unite themselves. That’s how she became politically conscious. Yet she saw that there were white workers who were also exploited, though not as intensely as Negroes. She felt there was something wrong with the whole system. That it was the big monopolists and the rich plantation owners in whose interest it was to use racial discrimination to divide the workers on the basis of colour, race, or religion and thus exploit them all. She studied the history of the Negro People, the glorious role of Frederick Douglas, and the story of the great sacrifice of John Brown. She was inspired by the leadership of Doctor W.E.B. Du Bois and her colleague and comrade, Paul Robeson.
MARXIST LENINIST
“At the age of 17, she joined the Young Communist League of which she became a leader and editor of its journal.
Studying Marxist-Leninist literature and through hard struggle, she rose to be a member of the National Committee of the Communist Party of the USA. She was fired with revolutionary zeal to overthrow the system of capitalism, imperialism and colonialism, which is the cause of human misery, poverty, war, racial discrimination and oppression. She was deeply conscious of the special exploitation of women in general and Negro women in particular and she led the struggle for their salvation. 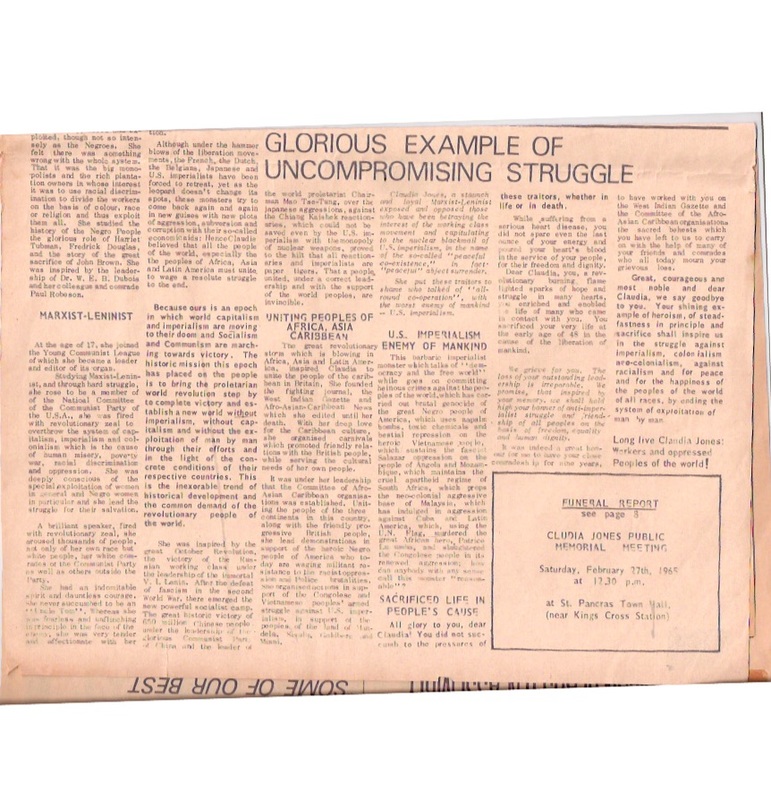 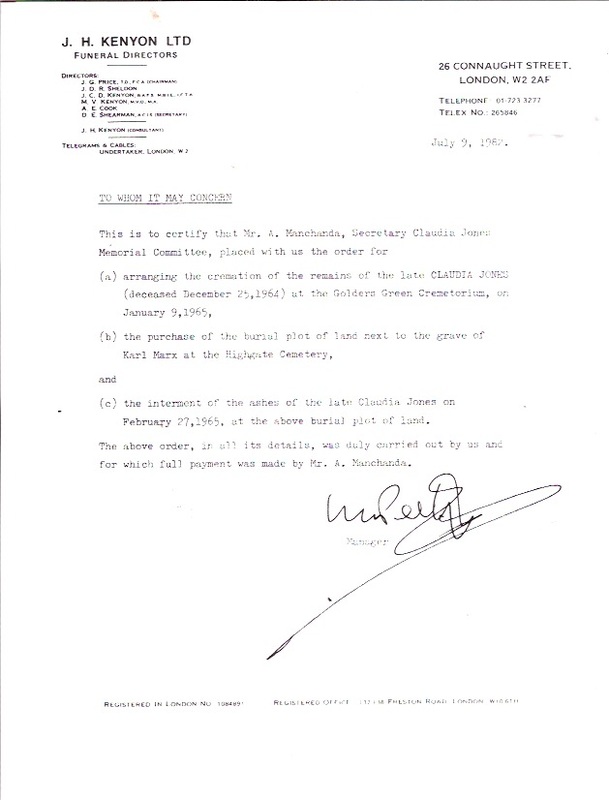